A ceremony was held in Hawai'i today to mark the return of Captain Cook's feather 'ahu 'ula (cloak) and mahiole (helmet). 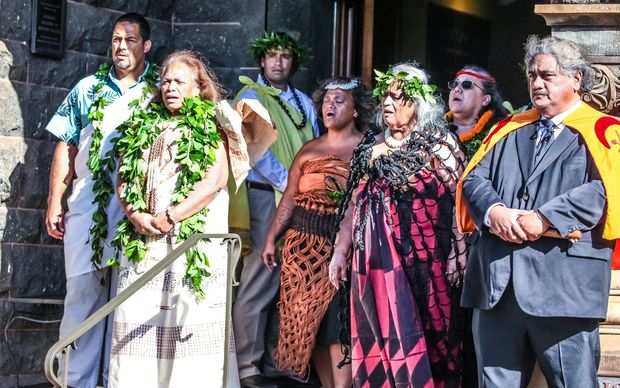 The items were gifted by Hawaiian Chief Kalaniopu'u to Captain James Cook in 1779.

After passing through the hands of private collectors in England, they were gifted to New Zealand's national museum by Lord St Oswald in 1912.

The red and yellow pieces contain an estimated four million feathers and will now be on display in Honolulu's Bishop Museum, on a 10 year loan from Te Papa Museum, with discussions continuing over extending that. 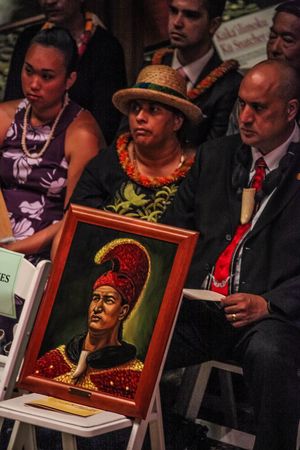 The ceremony at the Bishop Museum included traditional Hawaiian rituals and a performance of a shark hula that has not been performed in 200 years as Chief Kalaniopu'u was known as "the shark tamer."

Te Papa chief executive Rick Ellis was at the ceremony and said the occasion celebrated the ties that bound together the people of the Pacific.

"To be here for this occasion, and witness the importance of these pieces to the Hawaiian people is truly humbling," said Mr Ellis.

"Te Papa is founded on the principle of mana taonga. We recognise the spiritual connection that taonga - or treasures - have with their source communities.

"We know that there are stories that can only be told by those people, connections that only they can make. We believe that as a national museum, we will always be richer for our ability to connect these taonga with the communities they are part of." 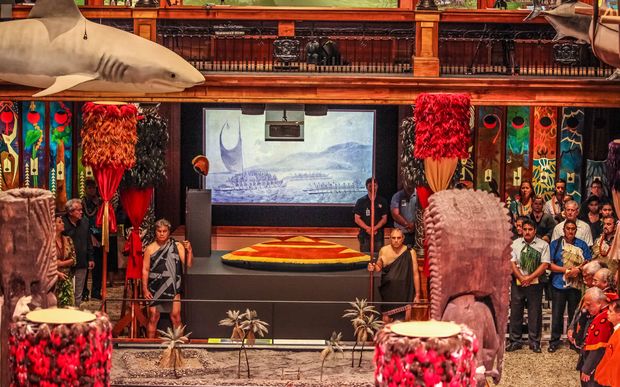 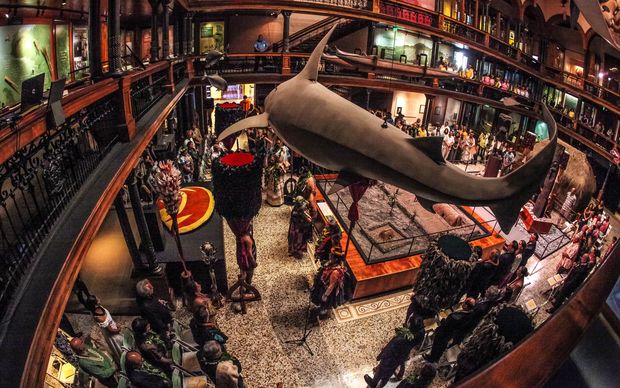 Chief executive from the Office of Hawaiian Affairs, Kamana'opono Crabbe, said the artifacts have had an amazing 237 year history.

"Since it left our shores and it made its journey to England and how much it has travelled throughout the world and then has resided in Te Papa Museum for so long. It's almost like it's a cycle of life and it's a cycle of reviving our dignity, our cultural pride and our vibrance," said Mr Crabbe. 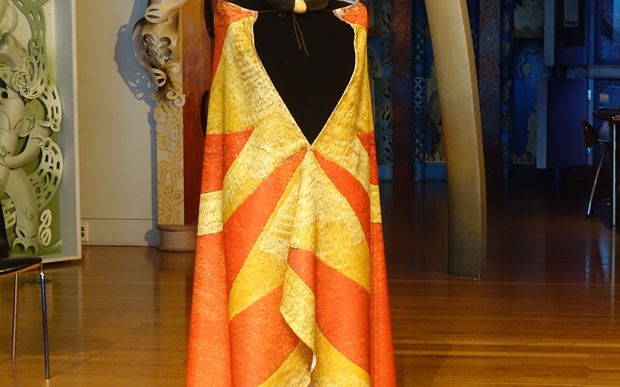