Authorities in Fiji say a woman from Koro Island has become the latest victim of Tropical Cyclone Winston, bringing the death toll to 44.

The National Disaster Management Office director Akapusi Tuifagalele told FBC News the woman had been hospitalised for a while.

Mr Tuifagalele said he didn't have the details about the cause of her death or the type of injuries she sustained during the cyclone.

He said some evacuation centres had closed, but more than 14,000 people across the country were still at more than 470 centres. 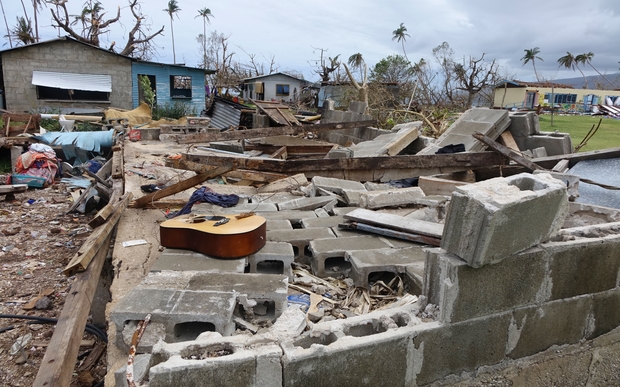 New Zealand defence force personnel in Fiji helping in the aftermath of Cyclone Winston are concentrating their efforts on rebuilding schools.

Some of engineers, drivers and medical personnel have been in the worst hit part of northern Viti Levu, but most of the personnel are in the Lau group to help out on the many small islands devastated last month.

Major General Tim Gall, the Commander Joint Forces, who visited Fiji this week, said one priority had been to re-open schools.

"Salana School which was very badly damaged which is a major High School and was considered a priority by the Fijian government to get up and running, and that school has been completely re-roofed and I understand it is going to open on Monday."

Australia's foreign minister said she would visit Fiji tomorrow to see first-hand the devastating impact Tropical Cyclone Winston had on the people and economy of Fiji.

Julie Bishop said during her stay, she would also meet the Prime Minister Frank Bainimarama and the Foreign Minister Ratu Inoke Kubuabola.

Australia dispatched about 30 relief flights to Fiji to deliver more than 500 tonnes of humanitarian support and equipment.

It also deployed its largest Navy vessel, the HMAS Canberra, with about 60 tonnes of emergency relief supplies.