Manu Samoa first five Tusi Pisi says Japan's first ever Super Rugby franchise learnt a lot from their debut match and are putting in plenty of work off the field to catch up with their more-seasoned opponents.

The 33 year old was heavily involved in the Sunwolves 26-13 defeat to the Lions in Tokyo two weeks ago, scoring the Sunwolves first competition points and receiving their first yellow card.

"Just talking to the boys, they never thought that they will see the day Super Rugby would be in Tokyo so it was really special for our Japanese boys. For myself obviously it's a great opportunity to get back into Super Rugby and to play for the Sunwolves that have given me so much over here so it was a great occasion." 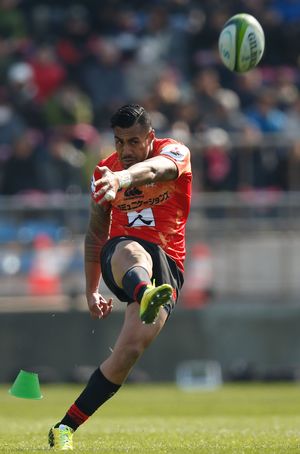 Tusi Pisi take a shot at goal during the Sunwolves debut Super Rugby match against the Lions in Tokyo. Photo: PHOTOSPORT

Pisi had previous stints with the Crusaders and Hurricanes and says the foreign and local players have come together well at the Sunwolves, despite a rushed pre-season.

The team had a bye last weekend and the 28 test veteran says that was something of a blessing in disguise.

The Sunwolves host the Cheetahs tomorrow night at their alternative home ground in Singapore - which seats 55,000 -and Pisi said with a match under their belts, they now know what level they have to be at, and what intensity trainings need to be at to prepare for every game.

"It hasn't been the best preparation but we're not using that as an excuse why we lost last weekend [against the Lions] We're just here to work and these players are really excited to be involved in Super Rugby and get opportunity every week to play some of the best players in the world so for us it's just turning up to work and doing what we have to do." 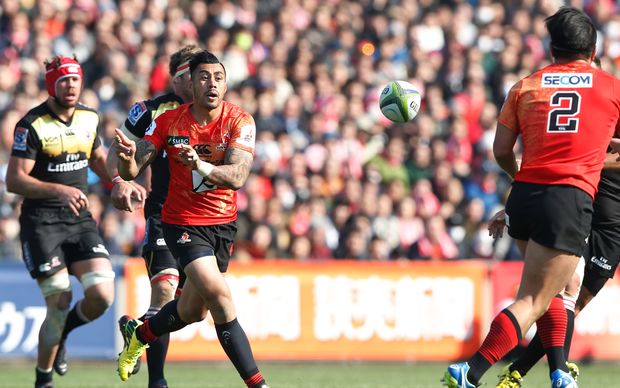 Tusi Pisi during the Sunwolves debut Super Rugby match against the Lions in Tokyo. Photo: PHOTOSPORT