The prime minister of Solomon Islands has this week visited the cyclone devastated Island of Koro in Fiji. 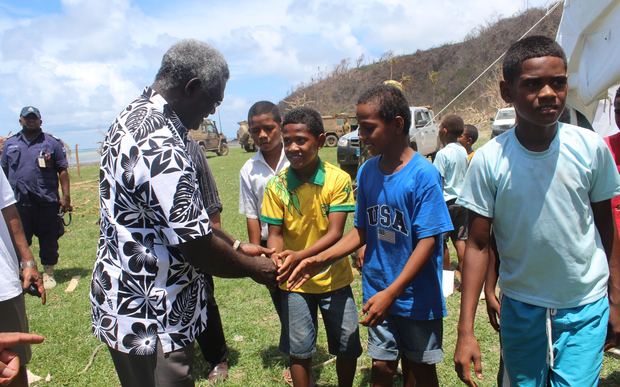 Manasseh Sogavare was brought to tears when school children in a tent classroom in Nakodu Mudu village sang him songs and recited a poem describing their experiences during the cyclone.

Mr Sogavare's visit is in his capacity as chairperson of the Melanesian Spearhead Group and completed his regional tour which had been interrupted when Winston struck Fiji.

Mr Sogavare was accompanied by the Secretary General of the Pacific Islands Forum, Dame Meg Taylor, the Solomon Islands High Commissioner to Fiji Patteson Oti and the Ambassador for Climate Change in Fiji's Ministry of Foreign Affairs, Amena Yauvoli.