Several hundred residents of Kili Island in the Marshall Islands were forced to move when their homes flooded from a king tide pushed by storm surges.

It is the second time in as many years that high tides have caused significant flooding on Kili, home to displaced Bikini Islanders. 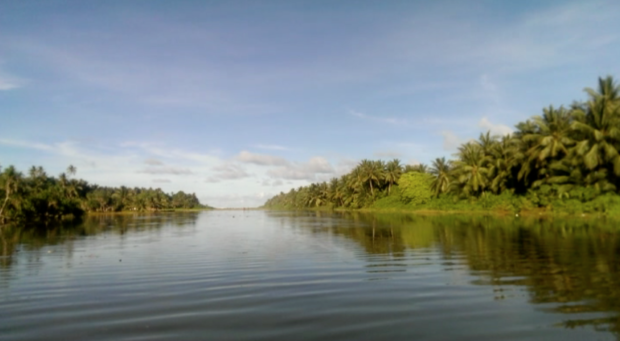 But the king tide-caused inundation in Majuro, the nation's capital, was mild compared to previous flooding in recent years.

However roads in certain parts of the capital were flooded and debris was strewn across roads and in the backyards of local residents.

Some Majuro homes were flooded, but there were no immediate reports of major damage or any injuries.

The Bikini Mayor Anderson Jibas said in the evening, they had to move families from the northern part of Kili to the town area because their houses were flooded.

The mayor said he has given full alert to Public Works and Public Safety to look over the situation and to inform the community.

In Majuro, some homeowners whose houses and property were flooded with about six inches of seawater, called on the government to provide help in the form of seawalls and improving shoreline protection. 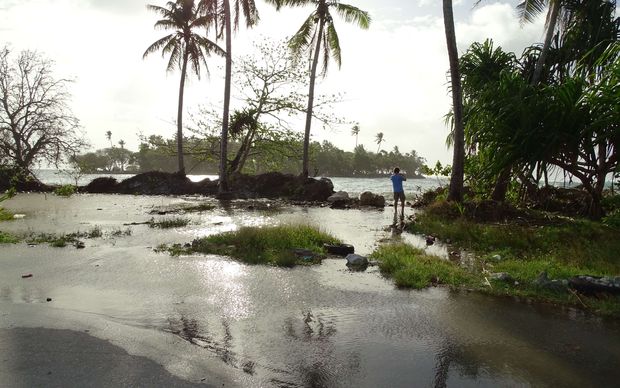 A king tide pushed by storm surges caused some inundation in Majuro Atoll, with water washing onto the roads and flooding homes in some areas of the capital atoll. Photo: Hilary Hosia.

An area in one section of Majuro known as "Jenrok" that frequently floods during annual king tides in February and March "saw debris strewn across the road, with several over-washes of up to four inches," said Karl Fellenius from the University of Hawaii Sea Grant program who is based in the Marshalls.

Dr Fellenius said Wednesday's flooding in Majuro "was the first ocean side inundation since typhoon Bavi a year ago in March."

Motorists had to navigate around sand, rocks and debris tossed up by waves onto the two-lane road that runs by Majuro's international airport runway.

US weather officials on Guam warned that flooding could continue this week because of the confluence of king tides and a storm that developed near Wake Island and is moving through the Marshalls.