Vote counting in Kiribati's presidential election is underway overnight after the country went to the polls today to choose the man to succeed Anote Tong as its leader.

By all accounts, Voting was conducted smoothly despite bad weather today.

There was a late rush on the polls this evening after civil servants finished their work shifts.

"The national broadcaster will be announcing the results island by island, so probably after 8pm this evening, everyone will not be sleeping, they will all await the result as each island's results come in to the national election office."

"So it's an overnight situation", he said, "where people will sit by the radio and listen to the results as they are announced." 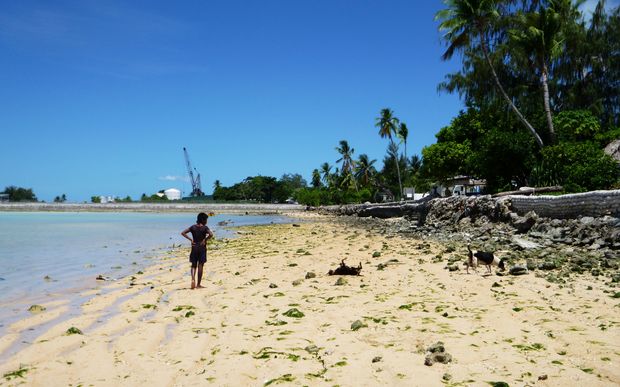 The election for Kiribatis' fifth president came after Mr Tong stood aside, having completed the maximum 12 years in power.

The candidates for president included two members of the Boutokaan Te Koaua, or BTK party, Rimeta Beniamina and Tianeti Ioane, while Taaneti Mamau is the nominee of a coalition that formed among the former opposition.