But Palusalue, who lost his seat, has blamed his party's defeat on vote buying through bribery and treating.

The former leader says he and several other party members are considering an election petition.

The Tautua Samoa former shadow Minister of Finance, Afualo Woods Salele, who was also defeated, says the election results have been hijacked through illegal corrupt practices.

He says money and food such as boxes of chicken legs and bags of rice were given to some voters.

The former economics lecturer says the illegal campaigns will be revealed in petitions to be filed in court as soon as the final election count is announced.

The Tautua Samoa party won only two out of the 49 seats in Parliament. 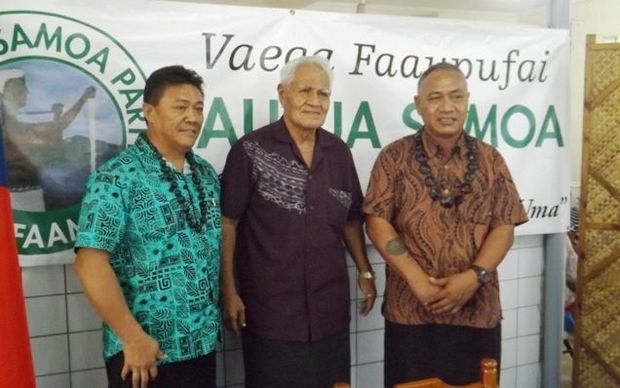 A former Tautua Samoa MP, Levaopolo Talatonu, who ran as an independent candidate in last Friday's election and won has rejoined the party to bring Tautua Samoa's numbers to three.

Olo has called for the new government to consider lowering the number of MPs required for party registration.

Under the current standing orders a political party must have eight MPs in order to be recognized.