An earthquake measuring magnitude 5.8 has struck between Samoa and the islands of northern Tonga.

The US Geological Survey reports the epicentre of the quake was just shy of 200 kilometres southwest of the Samoan capital Apia and about 100 kilometres from Hihifo in Tonga.

Other residents in Apia say the quake shook items off shelves. 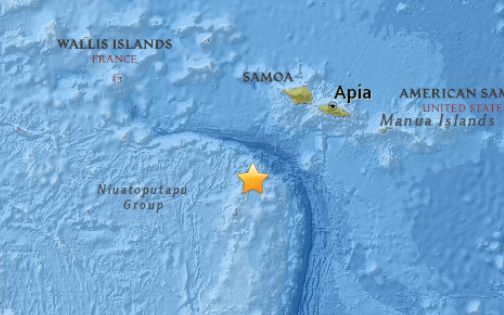 The epicentre of the 5.8 magnitude quake was situated between northern Tonga and Samoa Photo: USGS