A lack of understanding and geography have been put forward as reasons why the rate of cervical cancer in Micronesia is so high, according to one of the region's leading cancer research centres. 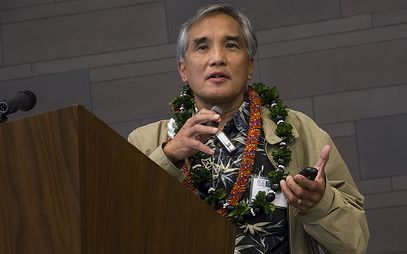 According to research by the University of Hawaii's cancer centre, the rate of cervical cancer in Micronesia was one of the highest in the world, at 79.7 per 100,000 women, compared with an average of 9.9 per 100,000 in the United States.

A professor at the centre, Neal Palafox, said a lack of understanding was partially responsible, as cervical cancer screening was fairly invasive from a woman's standpoint, and cultural issues could be a barrier.

He said talking about a man or woman's "private parts" could be culturally challenging, on top of language hurdles.

"There is no word for cancer in many of the Pacific languages, so it takes many words to explain that," he said. "And then because of education achievement, there might not be in these populations the ability to understand many biological terms, or the role of many parts of the body."

A medical oncologist at the cancer centre of Guam, Dr Sydney Welt, said the vast geographic spread of Micronesia was also a factor in whether patients received timely treatment.

Dr Welt said cancer rates for Micronesian women varied, saying that while there were screeing programmes in developed areas like Guam, other islands had virtually none.

"The outer islands don't have any cancer doctors, so it takes them a long time to eventually get here for treatment," he said. "In some cases the patients don't go to the doctor even after they know they have masses or tumours that are growing. So there's a lot of education that needs to be done."

The University of Hawaii's cancer centre recently received a US$6.6 million dollar grant from the United States government for cervical cancer research and to increase cervical cancer screening in Hawaii and Guam.