Defence lawyers for French Polynesia's disgraced former president Gaston Flosse have failed in their bid to bury the OPT affair.

In April, the case was thrown out over a procedural error, quashing the five-year jail sentences given in 2013 to Flosse and a French advertising executive, Hubert Haddad.

The defence then applied in January for any possible retrial to be stopped, saying the statute of limitations applied. 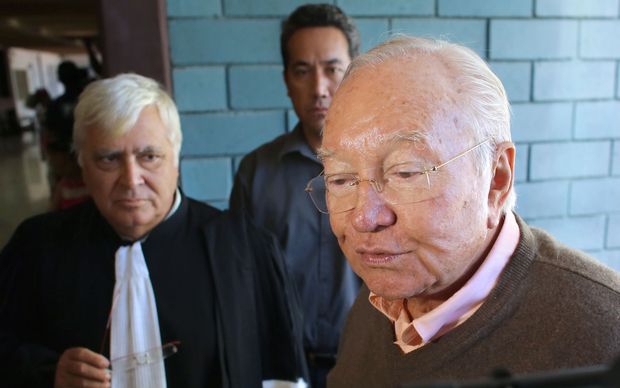 The lawyers argued that more than three years had elapsed since the start of the initial probe, but a court in Tahiti has rejected their stance.

In 2011, the criminal court convicted Flosse for taking more than US$2 million in kickbacks for granting public sector contracts to Mr Haddad over a 12-year period until the middle of the last decade.

He lost the presidency in 2014 after being convicted in a major corruption case.

Last week, he was given another suspended jail sentence for abusing public funds and barred from holding office for two years.