Police in Papua New Guinea's Madang province are on high alert as the manhunt widens for more than 40 escapees still at large after last week's mass prison break in neighbouring Morobe province. 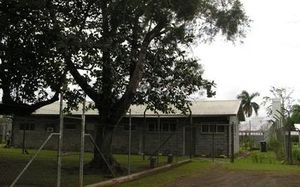 The police commander for Madang province Jacob Singura said he had increased surveillance at the Tapo quarantine check point on the Ramu Highway, and random searches were being conducted on vehicles going in and out of the province.

Superintendent Singura said his officers were working with the Lae metropolitan police to try and identify and recapture any escapees attempting to cross the border.

"They have a good database system with photo identification of some of the suspects or convicted prisoners who have been processed through Lae. So we are yet to receive that identification and then we are able to see exactly who is among the group of escapees."

Latest reports from the the post courier newspaper say that more than 90 prisoners escaped last Friday from Buimo prison in Lae after they overpowered three guards who were manning the main gate at the time.

Twelve prisoners were shot dead by prison guards during the escape and a further 30 are understood to have since been recaptured.