Fiji has made a plea at the UN for immediate assistance from member countries as it says it can't handle the effects of Cyclone Winston alone. 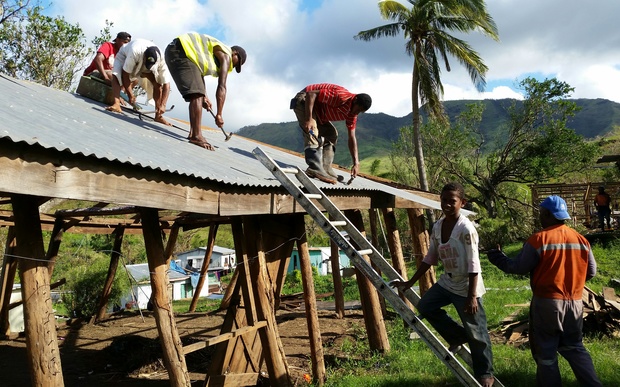 Fiji's Permanent Representative to the UN Peter Thomson told UN member countries nearly half of the population had been affected by the storm, a third of them children.

Mr Thomson told the briefing in New York Fiji had to start from scratch.

"I'm asking you as representatives of your governments and organisations to go the extra yard on this occasion.

"I know we have so many disasters around the world all the time but this is the first time really Fiji's put up its hand and said we need international assistance.

"We cannot actaually do this alone."

Mr Thomson has also called on countries not to issue travel advisories against visiting Fiji as the tourism industry is operating normally.

He said Fiji's main tourism infrastructure had been spared in the devastation caused to many parts of the country.

"The Fijian hospitality for which we are famous is there and ready to be servicing tourists so do not please send out travel advisories saying stay away from Fiji. We're open for business on tourism." 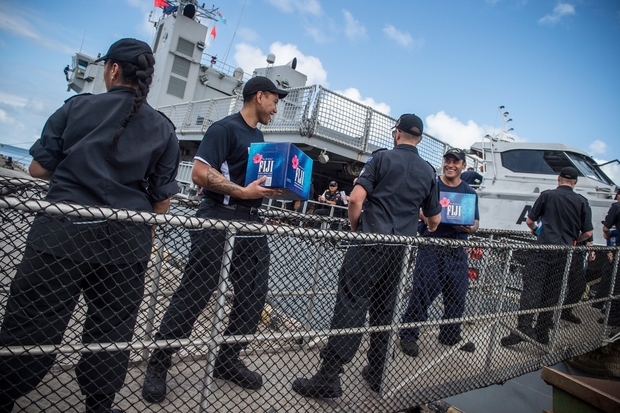 Meanwhile, New Zealand's foreign minister Murray McCully is visiting Fiji today to get an idea of how his country can help support Fiji long-term.

Mr McCully will be meeting with New Zealand's response staff and hold meetings with the government.

Mr McCully said the damage to property and loss of life caused by the cyclone was almost unprecedented in the Pacific.

New Zealand has contributed US$2.1 million to the relief effort.

Australia is providing another US$ 7 million in aid to Fiji after Cyclone Winston.

The aid will go towards providing food, clean water, hygiene and shelter for people who suffered damage in the category five cyclone which struck Fiji more than a week ago.

The new package brings Australia's assistance to US$10.7 million.

Australia's largest navy ship, the HMAS Canberra, is due to arrive in Fiji within the next day.