Sir Peter Kenilorea, a Malaitan school teacher who led the Solomon Islands and its people to nationhood, died on Thursday after a long illness. 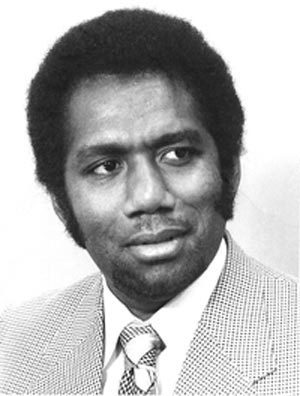 The former Prime Minister was 72 and had governed the country for five years, before becoming foreign minister and a key figure in the peace process of the late 1990s and early 2000s.

Sir Peter was born in Takataka village on Malaita in 1943, at the height of the Second World War when his country was the scene of some of the war's most intense and bloody battles.

He went to school in Malaita and Honiara, the capital, before being awarded a New Zealand government scholarship to study in New Zealand, where he spent four years at Wesley College and Wanganui College before studying to become a teacher at Ardmore College.

In 1976, he said he was asked to run for office to represent southern Malaita, at a time when the country's quest for independence had gained true momentum.

"I came into Honiara and asked if anyone else was interested in standing for my constituency," Sir Peter said in a 1995 interview for RNZ International's "New Flags Flying" series.

"A friend of mine said: 'There were six interested, but they heard you were also interested, they've all declined, all pulled out.' So I took that as a definite lead and that's how I entered politics."

Sir Peter entered the public service and became the chief minister for the British colonial administration shortly after, as the country's amble towards independence developed into a breakneck gallop.

For years there had been tension with the British rulers, particularly over a lack of opportunities for Solomon Islanders.

Since the 1930s village headmen had asked government missions to build schools and dispensaries, increase wages and copra payments and move towards a more native, representative parliament.

The requests were often dismissed, and the post-war return of plantation owners and officials led to the emergence of the 'Maasina Rule' - a brotherhood movement that sought local control.

"With due respect in hindsight, it's obvious the British hadn't done very much for Solomon Islands," said Sir Peter.

"Their main emphasis was on law and order, no emphasis on economic development - that was almost nil - they only had one school, most education was in the hands of all the churches. The colonial administration had only one school, the King George VI school."

In 1978, the Solomon Islands followed many of its Pacific neighbours and became an independent state and Peter Kenilorea became the country's first prime minister.

Sir Peter said the country barely had to fight for independence, and he had a sense that Britain was ready to wipe its hands of its Melanesian colony.

"They had had enough of the Solomon Islands and just wanted to go away," he said.

"I told them so during the independence constitutional negotiations in London. I said: 'We want this extra money, above what you've already agreed for, because you haven't done anything and we'd like to do something ourselves after you've gone."

Sir Peter was 35 when he became prime minister, charged with the daunting task of forming some kind of national unity in a country divided by culture, tradition, and geography.

"I was pretty young for purposes of leadership, you know, in our society, leadership belongs to the chiefs and to the older people," he said.

"But when you talk in terms of the context of the nation, quite honestly, that is beyond the bounds of traditional leadership. They should continue to know that they can be well and truly respected in their traditional situation. But at the national level, I think it must be given way to people with some education who can think widely."

However, despite a decades-long push for independence, and widespread jubilation at the lowering of one flag and the raising of another on 7 July 1978, many Solomon Islanders remained apprehensive about what their new-found independence would bring.

"It was a very joyous moment, but also a very challenging one. We had never been alone before, ever. There's always a fear of the unknown, the uncertainties of the unknown," Sir Peter said in the 1995 interview.

"The mass of people were saying 'Are we doing the right thing?' There were comments and songs about 'We're not ready' and 'We don't have enough money.' But I felt then that independence is not about money, but deciding about being yourself - which is your right. Every human being is born free and to be shackled by a system which is outside of yourself is not human in my view."

Sir Peter served as Prime Minister until Solomon Mamaloni was elected in 1981, and again from 1984 to 1986.

During that time, Sir Peter set about establishing a constitution to bind the country as one, created laws to cement tribal land rights and ownership, which the British were against, and creating the system of provincial government that still exists today.

But when ethnic tensions in the Solomon Islands boiled over into violent conflict between the Malaita Eagle Force and the Guadalcanal-based Isatabu Freedom Movement in the late 1990s, Sir Peter returned to spearhead the process of restoring peace to the country.

Dr Tarcisius Kabutalaka, a Solomon Islands academic based in Hawaii, who was involved in negotiations for the Townsville Peace Agreement, a key attempt to resolve the unrest in 2000, said Sir Peter was crucial to the process as he managed to command a level of respect across all sides that others could not.

"He was one of those individuals who was respected by both sides and by people from all walks of life in Solomon Islands," Dr Kabutalaka said in a phone interview.

"From the government, or in the church, or in civil society organisations, and even among the so-called militants during the conflict. They all saw him as somebody they could trust."

The Townsville Agreement ultimately failed and the conflict continued for another three years until an Australian-led multinational force arrived in 2003, but Sir Peter remained at the helm as co-chair of the Peace Monitoring Council for years after the conflict ended.

He also served as the Speaker of Parliament from 2001 to 2005, when he unsuccessfully sought the position of Governor General, and returned to the speaker's chair until 2010.

Sir Peter then retired from public life as he began a long battle with illness, and public appearances became rare in recent months apart from the occasional public ceremony.

He died on Thursday night at his family home in Honiara and a state funeral is likely to be held next week.

"He was a very thoughtful, very honourable person who carried himself very well," said Dr Kabutalaka, who said Sir Peter Kenilorea would be remembered as a revered and noble statesman, and a great founding father.

He is survived by his wife, Margaret, and his eight children.