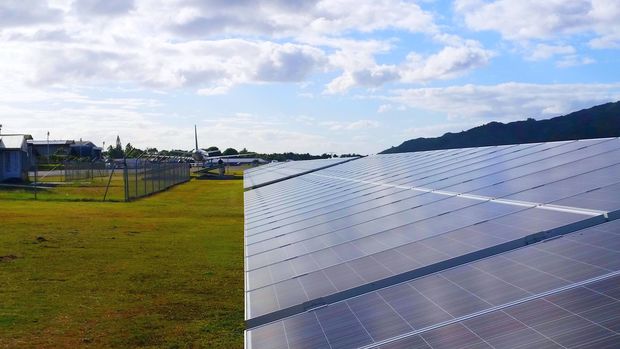 an earlier solar array built in the Cook Islands Photo: RNZI/Sally Round

They included a local bidder and others from New Zealand, Australia, Fiji and the United States.

Last month, the Renewable Energy department made an open international tender for the US$13 million dollar project which closes on March 18th.

Tenderers will be bidding for the design, construction, installation, completion and commissioning of renewable energy facilities on Atiu, Mangaia, Mauke and Mitiaro.

The director of renewable energy, Tangi Tereapii, said the interested bidders wanted to inspect the sites before submitting their bids.

Cook Islands News said the government has received expressions of interest from over 60 genuine bidders who have registered their interest in pitching for the project.