Human rights groups in Fiji are concerned a change of rules in Parliament means minority voices will not be heard.

The Fiji Parliament voted last Thursday to amend its Standing Orders, which were set in 2014 for the new parliament.

Standing Order 37 used to rule that petitions to parliament go directly to a standing committee for consideration, but the new rule requires 40 percent of MPs (20 MPs) to vote on petitions before any consideration is given.

The Chair of the NGO Coalition on Human Rights, Tara Chetty, said Lautoka residents earlier used a petition to question the proposed re-zoning of Shirley Park, but that process might not have been possible if Government MPs did not allow any consideration. 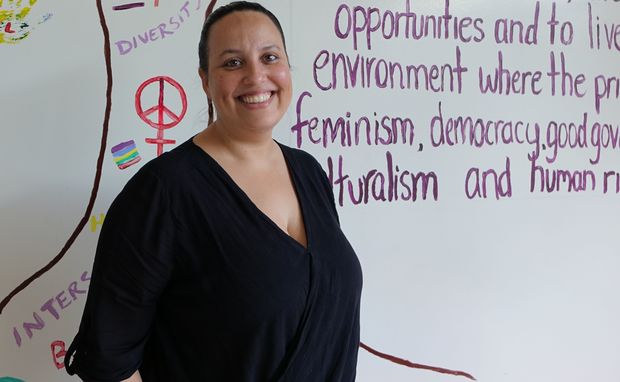 The Chair of the NGO Coalition on Human Rights, Tara Chetty. Photo: RNZI / Sally Round

She said it is particularly troubling as Fiji is a single national constituency with no formal relationship between voters and a local MP.

Ms Chetty also said Standing Order 117 no longer dictates that the Chair of the Public Accounts Committee be from an opposition party, which removed an important check and balance on the government's power.