Russia's Ambassador to Fiji has officially handed over the weapons his country has donated to Fiji's military. 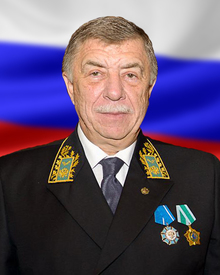 Vladimir Morozov, who is based in Australia, says Russia sees Fiji as a leading partner in the South Pacific.

He officially handed over 8.8 million US dollars worth of weapons today (Tuesday), which are set to be used by Fijian peacekeepers in the Golan Heights, between Israel and Syria.

When the weapons arrived last month, the Fiji Labour Party accused the government of secrecy and the parliamentary opposition said the agreeement had not been sanctioned by parliament.

However Mr Morozov told Fiji media today he was surprised at those comments.

He has also held several meetings this week which he says dealt with bilateral agreements on visa requirements, security, healthcare and higher education.

Fiji has proactively sought closer relations with Russia as part of its official "Look North" policy, adapted in the years following the 2006 coup, while turning away from Australia

Russia has no plans for Fiji naval base.

A senior Russian defence official said his country is not planning to establish a naval base in Fiji.

Lieutenant General Nikolay Parshin, who heads Moscow's Main Missile and Artillery Directorate, was in Suva to hand over a shipment of weapons donated to the country's military.

The state-run Tass news agency reports Mr Parshin dismissing reports that Russia was seeking to expand its military presence in the Asia-Pacific, including creating a submarine support base in Fiji.

Mr Parshin said there are no such plans to set up a base in Fiji, accusing analysts who suggest there are of showing a special skill of daydreaming.