Samoa has launched its Alcohol and Drugs Court with hope it will reduce the number of alcohol and drug related crimes.

It will be headed by the first locally-appointed female Supreme Court judge, Justice Mata Tuatagaloa.

Speaking at the weekend launch, the chief justice Patu Falefatu Sapolu said it was not an easy task to solve the problem of alcohol related offending.

He said in 2012, 43 percent of offences in front of the Supreme Court were committed under the influence of alcohol and drugs, and this increased to 51 percent in 2013.

"And to an alarming 72 percent in 2014. It is no surprise that for several years now, our prisons in Upolu and Savai'i have been overcrowded."

Justice Ema Aitken from New Zealand worked with the local judiciary and members of the church to establish the new court. 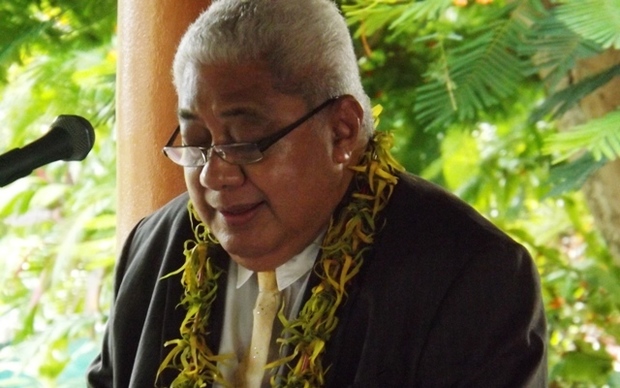 Chief Justice Patu Falefatu Sapolu speaking at the launch of the Alcohol and Drugs court in Samoa. Photo: Tipi Autagavaia