The Solomon Islands bid for a fifth successive Oceania Futsal Championship crown began in impressive fashion with a 3-0 victory over Tahiti in Suva.

In a rematch of the 2011 final, captain Elliot Ragomo put the Kurukuru in front in the third minute, Jack Wetney doubled the lead six minutes later before George Stevenson completed the rout. 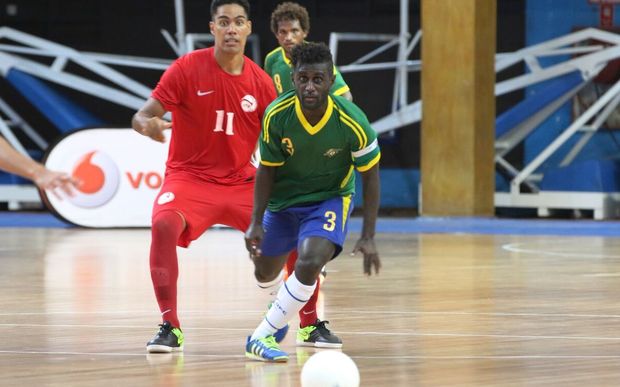 Solomon Islands coach Juliano Schmeling said a first up win is great, and proved some of the naysayers wrong who thought his team was too old.

"A lot of people criticised me because they think these boys are too old, but I trusted my boys. We have experienced players and a good squad, I think they played well and deserved the win tonight."

New Caledonia and New Zealand were equally dominant in 5-1 and 5-0 victories over Fiji and Vanuatu.

Tahiti coach Jacob Tutavae believed his side had a good chance of taking the three points and said the result was disappointing.

"The plan, the tactics were in place but the small errors we made resulted in the goals we conceded. Against a side like the Solomon Islands, if you make mistakes, they will score goals."

New Caledonia thrashed Fiji 5-1 in the opening match of the tournament. 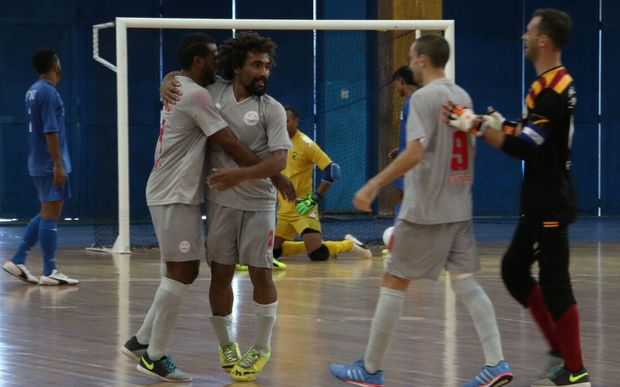 Coach Intiaz Khan said nervousness most likely played a part for the hosts.

"Only our captain Mira has played in the national team before so when the players didn't open up as I was expecting, I'm hoping it is nervousness."

Meanwhile New Zealand reaffirmed their rising stature with a clinical 5-0 thrashing of Vanuatu, making for a happy coach, Scott Gilligan.

"We talked about Vanuatu and their counter attack. We saw it in New Zealand and knew it was going to happen. I think in the last few minutes of the first half we started to get on top but just couldn't get the ball in. I wasn't worried at half-time because I knew they'd start to get tired in the second half." 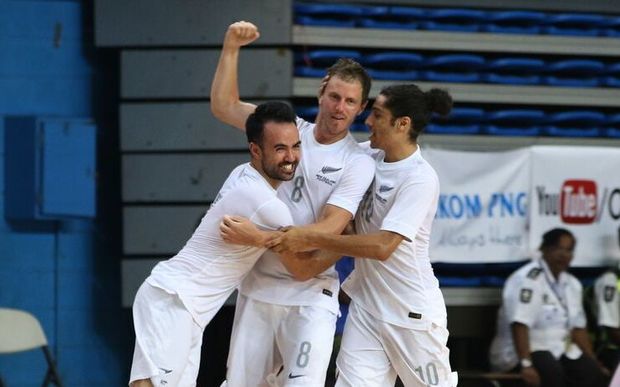 The round robin resumes today with Vanuatu and Fiji both seeking their first win before New Caledonia and Solomon Islands put their unbeaten records on the line and New Zealand take on Tahiti.