22 high school seniors from American Samoa have been offered scholarships to colleges and universities in the USA to play American football.

All of the teenagers were members of the American Samoa Senior All Stars team that competed in the Junior Prep Sports Classic last month.

The Hawaii event replaced the annual Samoa Bowl in American Samoa, so more US coaches and recruiters would attend.

The territory's Director of Education, Vaitinasa Dr. Salu Hunkin Finau, said it was a phenomenal result. 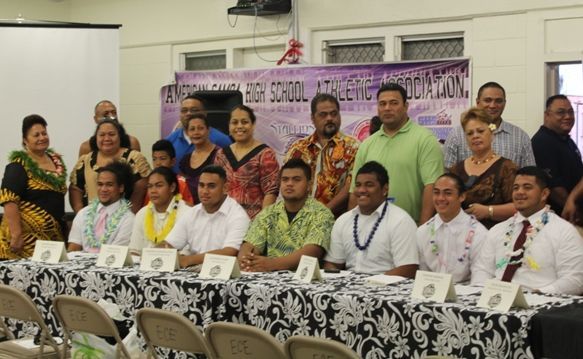 Some of the USA-bound football players from American Samoa, with their parents. Photo: RNZI / Monica Miller