Fiji have regained top-spot in the World Sevens Series despite failing to retain the Australian-leg title in Sydney.

For the second week running, Ben Ryan's side were beaten in the semi finals - this time by eventual champions New Zealand 14-12.

However they bounced back to beat South Africa 26-12 in the third place playoff, gaining some sense of revenge for their defeat to the Blitzboks in Wellington.

That result also meant they returned to the top of the overall standings on points difference, ahead of South Africa and New Zealand. 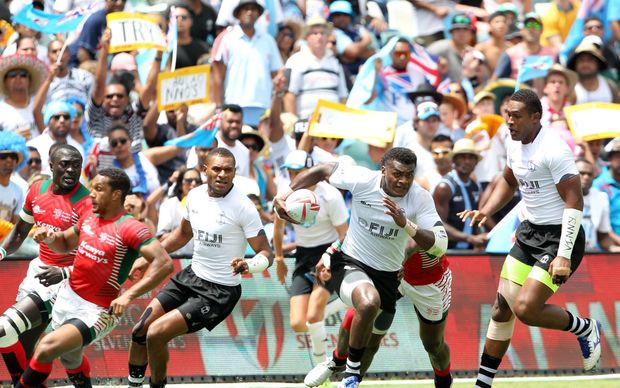 The All Blacks Sevens made it back to back tournament victories, edging Australia 27-24 in

Rieko Ioane crossed for two tries in the dying moments to complete his hat-trick in a man of the match performance.

Meanwhile Samoa have climbed one spot to tenth overall despite being pipped 17-12 by Canada in the bowl final.

The next tournament is in Las Vegas in four weeks time, with Fiji, Samoa, Argentina and France pooled together for the second leg in a row.