Ireland have taken an unassailable 2-0 lead in their Twenty20 cricket series against Papua New Guinea after winning a rain-affected second match by seven runs in Townsville.

William Porterfield struck a four off the opening ball of the match before players were forced from the field because of rain.

When play resumed, the game was reduced to 11 overs per side, with the Irish piling on 96 for 5.

Pipi Raho was the pick of the Barramundis bowlers with 3 for 11 from his two overs.

In reply, Assad Vala compiled a quick-fire 25 from 15 balls, including two sixes but was unable to find any support.

Norman Vanua added 26 not out down the order but PNG eventually came up short on 89 for 9. 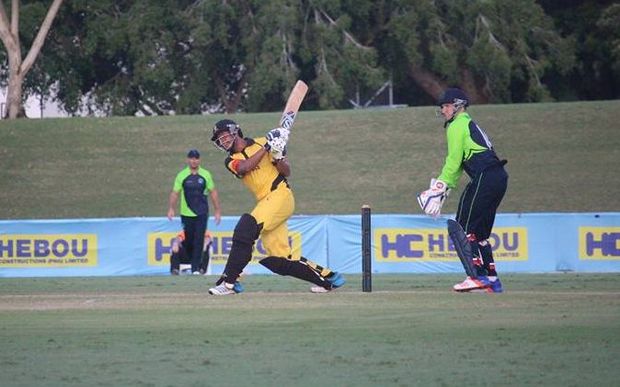 PNG take on Ireland in a T20 International in Townsville. Photo: Cricket PNG