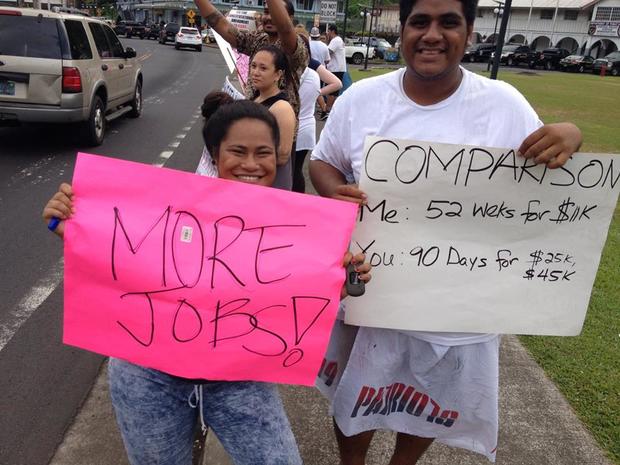 The protesters, organised by the group United Citizens of American Samoa, gathered outside the Fono in Pago Pago to chant slogans, wave placards, and cheer at passing vehicles.

The Fono debate on a proposed wage rise comes at a time when the territory's only hospital has been using bed-sheets as dressings, and lining hospital beds with rubbish bags due to cashflow problems.

Some lawmakers have said they are powerless to redirect funds to the hospital or education system but a spokesperson for United Citizens of American Samoa, Laurenthia Pouesi said they need to try harder.

"Are the fighting for it? Are they fighting for those funds to go to the hospital or are they just pointing the finger that somebody hasn't paid up. This is taxpayer money, and this is [the] taxpayer's voice that we are voicing. It is no longer OK to point the finger because there are three more pointing right back at you." 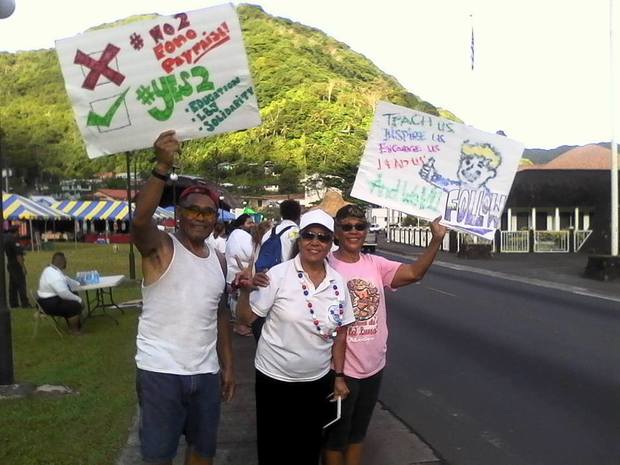