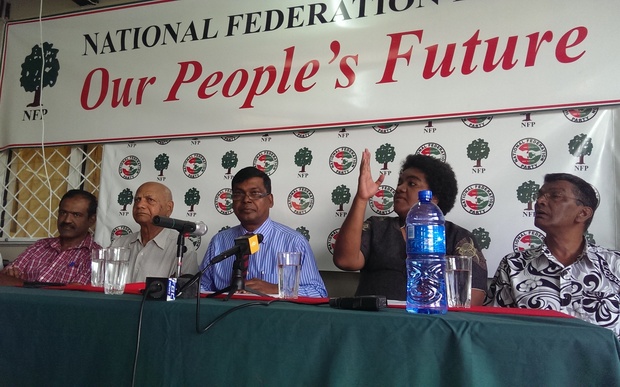 Lawyers for Fiji's suspended National Federation Party have told election authorities their suspension of the party is against democracy and a breach of the constitution.

The party and its three MPs have been suspended for thirty days following the authorities' concern about the auditing of the party's accounts.

The Supervisor of Elections suspended the party on Monday saying its accounts had been audited by an accountant without a Certificate of Public Practice.

But in a letter to the Supervisor, Mohammed Saneem, lawyer Richard Naidu said his interpretation of the Political Parties Decree is incorrect.

He also asks why Mr Saneem exercised his discretion to suspend the party without giving the party the opportunity to be heard especially as he knew about the matter six weeks before.

Mr Naidu has called for the "purported" suspension to be lifted and and asked Mr Saneem to raise his concerns about the audit with the party in a reasonable and proportionate way.

He said to deprive members of the NFP of their rights is inimical to the democratic process and a breach of their political rights under the Constitution.

Mr Naidu has asked the matters to be addressed to avoid an appeal to the High Court.