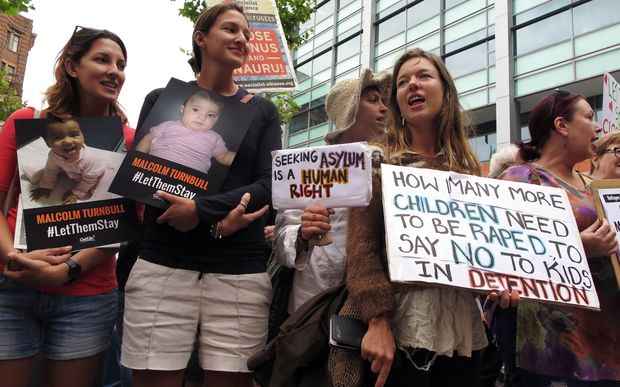 A protest outside an immigration office in Sydney on February 4, 2016, asking the government not to send asylum seekers back to Nauru Photo: AFP / William West

The group said Nauru still hasn't fulfilled its promise at a UN human rights review in November to allow independent monitors in to check out conditions for asylum seekers.

Amnesty's Refugee Coordinator in Australia Graham Thom said Amnesty had made a formal request since then but Nauru has not replied.

Dr Thom said there is zero evidence of them sticking to their promise so far.

"Following this decision no doubt we will be trying again with extra gusto just to try and make sure that if Nauru is going to go to the United Nations and say it welcomes independent monitors and NGOs, it's actually living up to what it's promising."

Dr Thom said other groups can and do go there but only on the basis that they don't speak publicly about what they've seen.

Amnesty said it is continually receiving reports of sexual harrassment and sexual abuse of women and children asylum-seekers on Nauru.

The group has called for the closure of the centre on Nauru and relocation of asylum-seekers to Australia.