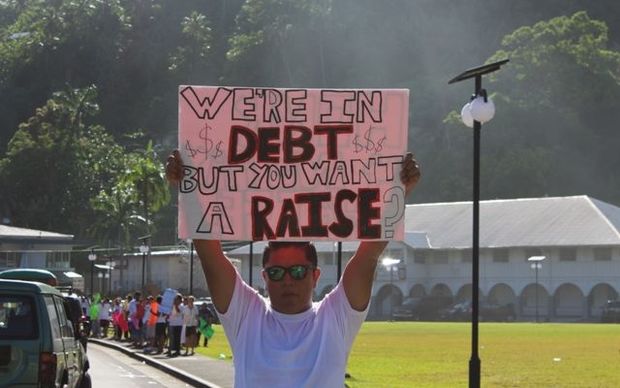 A second demonstration to protest against plans to almost double lawmakers salaries in American Samoa is planned for tomorrow.

Yesterday, close to 100 people turned up to support the United Citizens of American Samoa community group, which opposes the pay rise.

A member of the group, Laurenthia Pouesi, says with the territory struggling economically, now is not the time for the Fono to approve a rise.

She says they are demonstrating again so they can continue to make their voices heard.

"Our schools need to be invested in, as well as our hospital. One of the supporters had mentioned that there is a lack of medication at our local pharmacies. So, we're trying to tell them that the moral issue is that there are better ways that the money can be spent."

Laurenthia Pouesi says the Fono has the power to stop the bill, but protestors are prepared to take the matter to the governor and the US Department of Interior, if need be.