The Solomon Islands government says a Malaysian consortium wants to partner with local business entities to deliver cheap and reliable fuel and gas to the provinces. 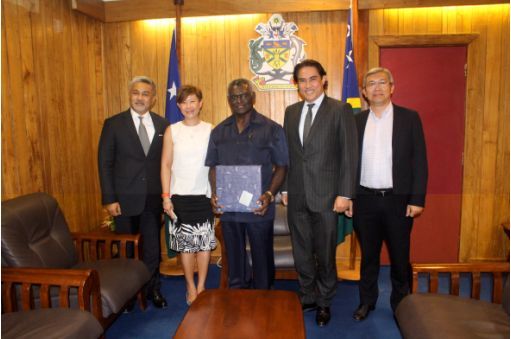 A four-member delegation from the bulk fuel consortium arrived in Solomon Islands last week and has met government officials and business people, including executives of South Pacific Oil.

The CEO of Crimson Petroleum, Dato' Meor Azman Mohamed said the meetings enabled them to assess opportunities to deliver a cheaper, consistent and stable supply of fuel and gas to Solomon Islands provinces.

He identified gasoline and kerosene as the target commodities for any business operation in Solomon Islands, but added that Liquefied Petroleum Gas would also offer a viable product.

Mr Mohamed said fuel and gas prices in rural Solomon Islands can be expensive because of the high cost of transport.

He said his company's solution to the problem is to deliver fuel and gas in bulk to the rural areas using fuel ships rather than transporting bulk fuel in 44-gallon drums.