By-elections in Tonga are scheduled for 26 May to fill vacant seats after court decisions ruling the 2014 election of two government MPs was null and void. 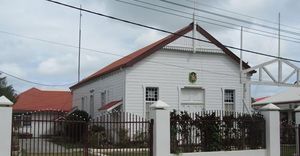 The speaker of the House made the announcement at the opening session of a parliament which currently has only 24 of its 26 seats filled.

Mateni Tapueluelu lost his Tongatapu seat in December after a Supreme Court declared his election was unlawful because of outstanding court debts.

Tapueluelu has appealed against his ruling and an appeal date is expected to be set in the next month.

Last week, the tourism minister and Representative for Vava'u, 'Etuate Lavulavu, was found guilty of bribery and overspending during his campaign.

Lavulavu's legal counsel has told local media they also intend to lodge an appeal against the conviction.

However on Monday the Speaker, Lord Tu'ivakano, officially declared that Lavulavu had been dismissed from parliament, with a by-elections date set for 26 May.

A nominations date has yet to be announced.