Air Vanuatu today flew its new Boeing 737-800 into Bauerfield International Airport amid the controversy over the state of the runway. 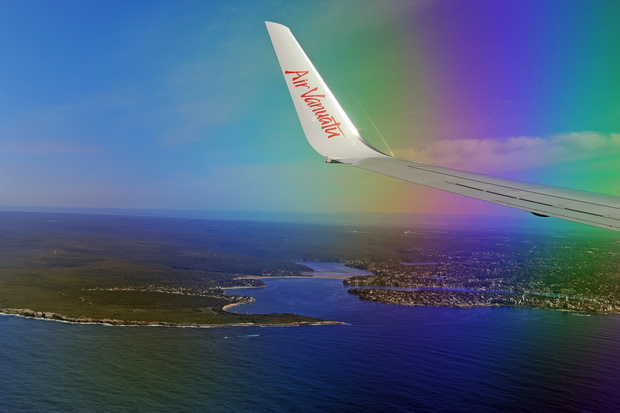 The new aircraft landed safely in front of the the president of republic, Father Baldwin Lonsdale, the caretaker prime minister Sato Kilman, diplomats and business people.

The chief executive of Air Vanuatu, Joseph Laloyer, said the new plane allows the airline to pick up some of the slack after Air New Zealand, Qantas and Virgin Australia suspended flights into Port Vila.

He said because of this and the impact of the cyclone, extensive marketing was needed to give the travelling public reassurance.

"To really show that we are ready for tourism and to give them some reassurance that the airport we are operating in and out of, being Bauefield, is safe and there is no issue, really, with this airport," he said.