There is more intimidation at Australia's asylum seeker detention camp in Papua New Guinea, ahead of a court decision that could see it closed. 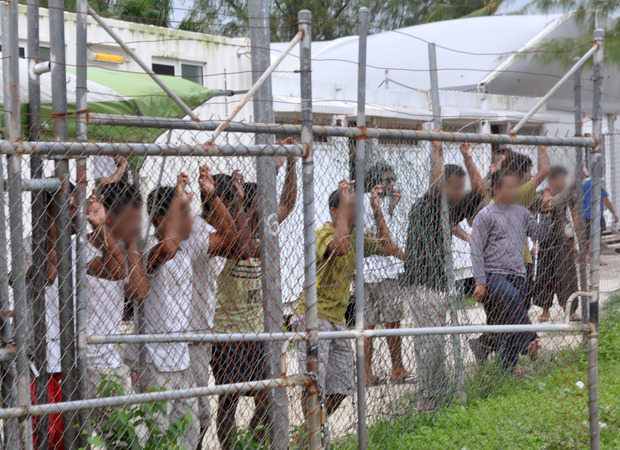 Advocacy group Refugee Action Coalition said in recent days intimidating and violent raids by the Emergency Response Team had been carried out in at least two of the compounds in the Manus detention centre.

This team, known as the riot squad, said it had been 'looking for weapons', but the Coalition said it seemed more interested in seizing asylum seekers' phones.

At least four phones were taken in raids last Friday.

In some cases, the guards removed racks from rooms on the grounds that could be turned into weapons.

The future of the detention centre, and the fate of 260 people from Manus and Nauru who are presently in Australia, will be affected by the Australian High Court decision to be handed down on Wednesday.

A PNG Supreme Court challenge to Manus that will also determine the legality of Manus detention centre according to PNG law will have its next directions hearing tomorrow.