The scars of Cyclone Pam are still visible on Tanna. 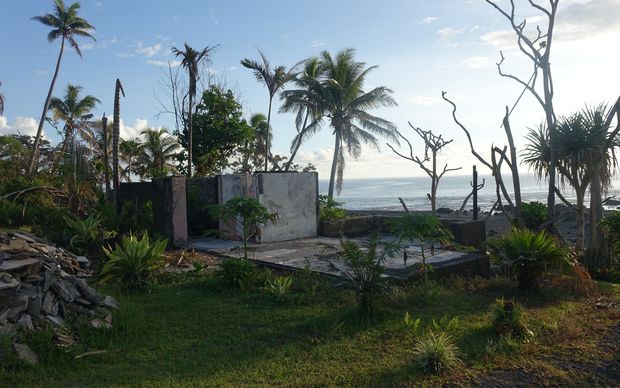 Many trees still lie where they were uprooted and tossed more than 10 months ago, the trunks of the few coconut palms that were spared sit bare of any leaves or fruit.

Many houses still have bright blue tarpaulins serving as roofs and some buildings have been abandoned altogether, their crumbled remains sitting lifeless in the harsh tropical sun.

This small isolated island about 200km south of Vanuatu's capital, Port Vila, was one of the worst hit when Cyclone Pam tore through the country in March last year. The category five storm hit the island directly with winds reportedly well in excess of 250km/h.

"It was a monster," said Glenys, a young woman from a village in the island's southwest.

"The place is unrecognisable now," she said. 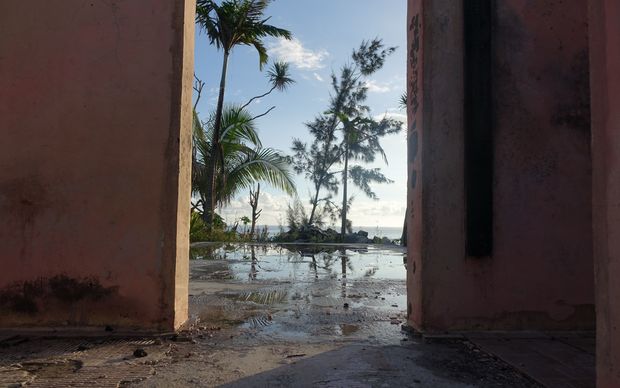 In the cyclone's immediate aftermath there was widespread devastation on Tanna, with thousands of people displaced, homes flattened, and essential crops destroyed. What was normally a green, bush-covered island was left brown and bare, decimated by Pam's fury.

"This was the country's largest ever natural disaster response," said Joe Natuman, the recently re-elected MP for Tanna, who was prime minister at the time disaster struck his nation of 83 islands until his ouster a few months later. 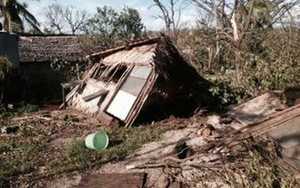 About 90 percent of housing in the island's small, largely traditional, settlements had been destroyed, and public infrastructure shared a similar fate.

Almost a year on, Mr Natuman said, much of the infrastructure remained in a state of disrepair.

Outside the main settlements, many of the houses on Tanna are still built in the traditional way - a rounded hut with a wooden frame and thatched roof. It was these traditional houses that proved more resistant during Cyclone Pam than buildings made from concrete and steel, which were reduced to rubble.

But Mr Natuman said many people were still living under tarpaulins and tents as they waited for enough bush material to grow back to allow them to finish rebuilding their houses.

"They're waiting for, you know, coconut to have enough leaves and other bush material to dry out," he said.

"So a lot of houses are still not well repaired, it might take another few months, but that's a big issue in terms of peoples housing." 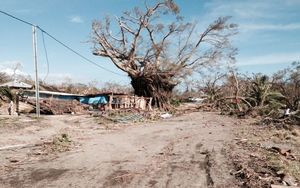 The Tafea provincial disaster coordinator, David Tovurvur, said villages which rely on subsistence farming had struggled to get crops growing again in the wake of the cyclone because of the severe drought caused by this year's El Niño system, one of the strongest on record.

That prompted an emergency response in the latter half of 2015, involving both the national government and NGOs, to help supply water and food to drought-stricken areas.

"For example, people would be waiting at the market for taro. As soon as the vehicle was there with all the taro, people were just going in.

"Food is still a big issue," he said.

But those issues appear to be easing.

Rain had been falling consistently since December, Mr Tovurvur said, and Cyclone Ula, which passed to the south of Tanna in January, had brought more much-needed heavy rain, which appeared to be easing the drought conditions.

Along the dirt road that crosses this island, only passable by taking a slow four-wheel-drive journey across terrain rough enough to rearrange one's internal organs, the mountainous landscape is once again green as trees and gardens begin to grow back.

And in the food gardens, villages are again starting to harvest, and the main market in Lenakel is again full of produce.

"Things are coming back," said Glenys. "Now, we're back to growing yams, mangoes, and bananas and we're all eating again." 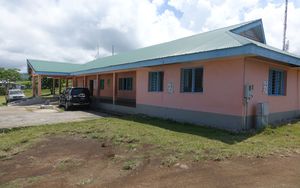 In the main town, Lenakel, most shops have reopened, albeit with temporary patching or cinder blocks holding down iron roofs, and the sounds of chainsaws, hammers and other tools fill the air with a symphony of reconstruction.

In his office at the provincial headquarters, a small building that sits by itself on a hill above Lenakel town, Mr Tovurvur said Tanna still had a long way to go and would continue to need international help for a long time yet.

But he also said the island's bounce-back from disaster had been nothing short of remarkable.

"The people on Tanna…we've been here for centuries," he said, leaning back in his chair, a grin spreading across his face.

"We're a resilient people, here. We always come back."