A former prime minister of Vanuatu and the re-elected MP for Tanna says recent political turmoil has affected his island's recovery from Cyclone Pam. 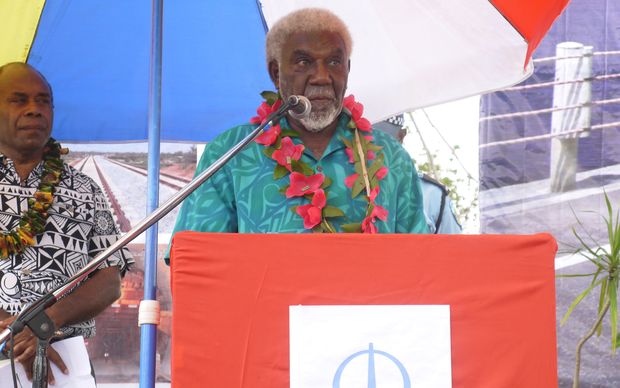 Joe Natuman says Tanna has recovered well despite his suspicion that funds have been diverted away from his constituents. Photo: Supplied

The island sustained a direct hit from the category five storm in March last year, and most of its trees, crops and built infrastructure was completely destroyed.

Joe Natuman, who was ousted as prime minister by Sato Kilman in the middle of last year, said the fallout from the conviction of 15 government MPs and the subsequent political stalemate and snap election have all distracted from the recovery.

He said the reconstruction effort has slowed in recent months, and he suspects funds have also been diverted away from Tanna.

"The government has not been focussing on reconstruction, and it's alleged that some of the funds for reconstruction has been diverted to other things. There's a lot of new government cars being bought which were not budgeted for, so that's a concern."

Joe Natuman said despite the slowdown, Tanna recovered remarkably well in just under a year.