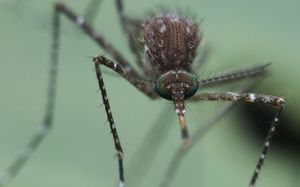 They say those infected brought the disease into the territory from Indonesia.

They also say they have diagnosed two new cases of dengue, prompting appeals for the public to eliminate breeding sites for mosquitos.

There have several spikes of the two diseases in the territory.

Chikungunya was first found in New Caledonia in 2011 when it was detected in three people who had come from the French Indian Ocean island of La Reunion.

In 2006, the disease claimed 250 lives when it hit about a third of the population of La Reunion.