Samoa's Kiwi FC are confident they have what it takes to return to the top tier of Oceania club football.

The OFC Champions League Preliminary kicks off in Rarotonga this afternoon with teams from Samoa, Tonga, American Samoa and Cook Islands vying for a spot in the full competition.

Kiwi FC won the Preliminary tournament two seasons ago, and competed in the 2014 Oceania Champions League, but failed to qualify last year. 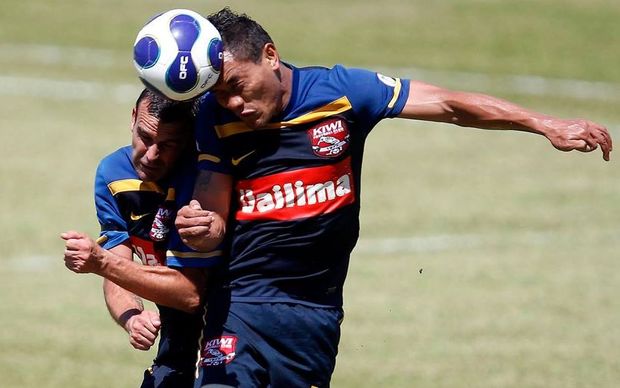 Coach Martin Tamasese has recruited eight New Zealand players to complement the local contingent but the squad has only had one full day of training together.

They take on American Samoa champions Utulei Youth FC first up and Tamasese is backing them to go all the way.

"I'm confident with all my players and we do not underestimate any team - I know all the teams are prepared. It is between the battles of us with Tupapa most of the time and the Tongan team. This will our first game with Utulei so I haven't seen them before playing and I don't recognise any players from there so we just want to play our first half and have a look and then we can work on the second half."

Utulei coach Ututoa Ino says his side are excited to take on their neighbours in the opening match of the tournament.

"This is the closest thing we have to an international derby match, it's a good chance for us to meet Samoa at the start of the tournament. We have a set plan we will focus on, and I think if we do our job we will win."

After dominating the Cook Islands club competition, Tupapa coach Delaney Yaqona says his side will have a good idea of what to expect from their opening clash.

"It's a very familiar schedule for us because the last couple of times here we have played a team from Tonga first up. They will be very physical, very fit and will play a game featuring a lot of long balls. We will focus on keeping the ball and moving it around the field".

Veitongo are making their Preliminary debut and coach Tuia Falepapalangi says it's a step into the unknown.

"Of course it will be a tough game to start the tournament, but we are looking forward to taking on the hosts. We have prepared for any playing style we might encounter. Our strengths are probably in our attacking, and I think defensively we are very organised too which is good".

The winner of the Preliminary will claim the final place in the OFC Champions League, which will be held in New Zealand from 8-23 April.