The Fiji military says equipment which arrived from Russia yesterday will be used to better equip the country's peacekeepers abroad.

20 containers arrived at Suva harbour and were taken under heavy security to the Queen Elizabeth Barracks.

The Fiji Sun reports the consignment includes Russian arms and two mobile mechanical workshops to be used in disasters.

The opposition says the transaction is illegal as it did not go through parliament for approval.

It also alleged that police were barred from providing security which was given to a contracted private firm. 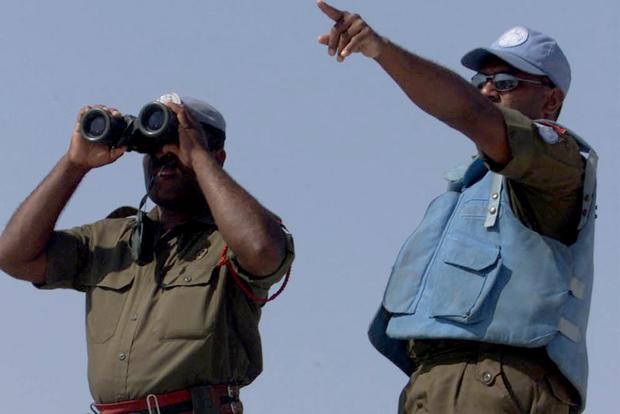 Fijian UN Peacekeepers have served all over the world. Here, one of fifty Fijian troops posted on the Mediterranean coast looks through binoculars at an Israeli post. Photo: AFP/Ramzi Haidar