A group of scouts from Australia have donated a water tank to a village near Vanuatu's capital, Port Vila. 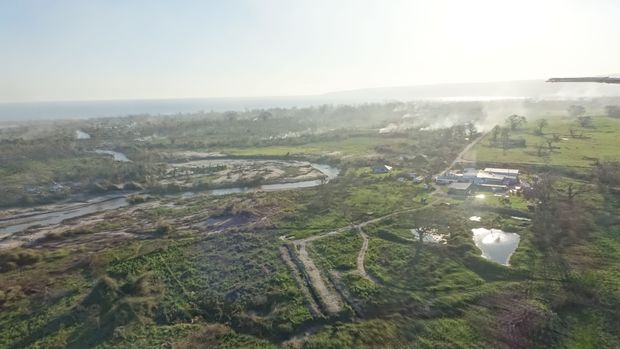 The leader of the scouts in Mele village, Manu Sael, says the tank has the capacity to hold 10,000 litres, and another three tanks are due to be donated to the village's 3,000 people.

He says the new tank is already making a different after heavy rain on Wednesday, as the tank has now provided a supply of clean drinking water.

Mr Sael says with cyclone Pam last year and the strong El Niño this year, the village has struggled to have a stable and clean supply of drinking water from two nearby rivers.

"The water that comes from the [Mele] Cascade is not enough for the people to take. So we went without for a week, sometimes two weeks, [where] there is no water. So the only way that people get water is from the contaminated water from the river that comes through the Gulf."

Manu Sael says once the water tank is already making a big difference to Mele village.