The 24 year old made his World Sevens Series debut in 2014 scored 42 tries during his first season as Fiji's lifted the title.

He will move to England after the Rio Olympics in August and Saracens director of rugby Mark McCall told the club website it's a big signing:

"Save is an exciting player and at 24-years old he still has a huge amount of potential. I'm sure his physical type of game will flourish in both the Aviva Premiership and European rugby. What's impressed us Save's willingness to improve and work at his game, and we're very excited to be welcoming one the game's most exciting prospects to Allianz Park next season."

Rawaca has scored ten tries for the defending champions in the first three tournaments of the new season and is looking forward to a new challenge:

"I'm really excited and happy for this opportunity. It's a huge club that I want to play as well as I can for. Once my commitments with Fiji 7s finish after the Olympic Games my focus will be totally on 15's and Saracens. I intend on taking this opportunity with both hands and joining an amazing club with world class players and coaches." 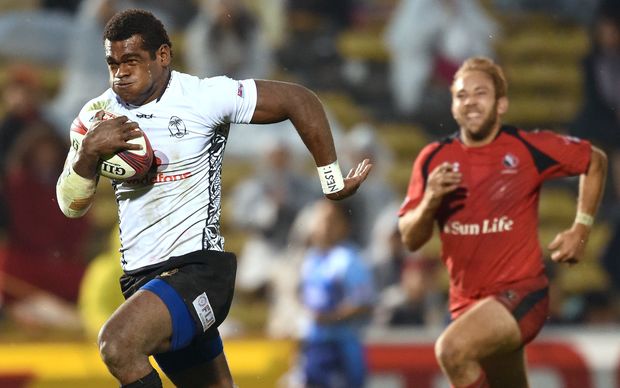