The latest disaster assessments in Papua New Guinea have found the cost of getting food relief to drought stricken communities is prohibitive. 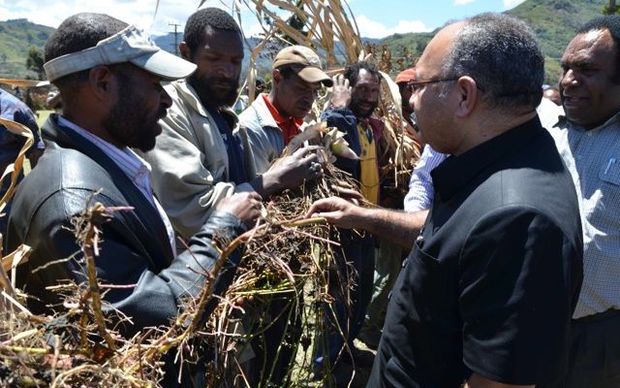 They recommend the prioritisation of relief to the estimated 800,000 people living in areas determined to be critically lacking in food.

At the same time a co-author of the compilation of 200 reports from government, NGOs, church organisations and inidividuals in drought- and frost-affected regions says immediate action is needed to alleviate ongoing suffering.

Mike Bourke says according to rough estimates, providing 120 days of food to one fifth of the affected population would cost well over 10 million US dollars.

" So the reason I put those numbers in is just to flag how very expensive it is and I guess to focus people's attention on saying you can only work in the highest priority locations. Because you just simply can't work everywhere, you can't provide food for everyone. It is just impossibly expensive. Not only for the Papua New Guinea government but even for the big donors frankly"

Mike Bourke says those in dire need include communities living at high elevations in the Highlands and in remote parts of Western province and Milne Bay.