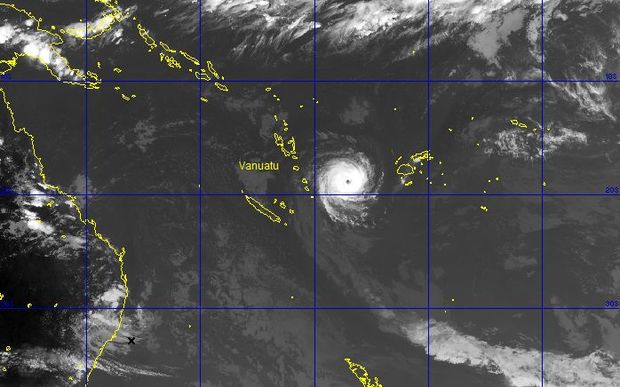 A satellite image of cyclone Ula, to the east of Vanuatu, taken on Saturday. Photo: Vanuatu Meteorological Service

Ula is currently about 410 kilometres east of Tanna, and 370 kilometres northeast of Aneityum, moving in a south-southwest direction at seven kilometres an hour.

Winds at the cyclone's centre are estimated at 130 kilometres an hour and are continuing to intensify.

The province was one of the worst affected by the category five cyclone Pam in March last year, and has been struggling with drought caused by this summer's El Niño system.

Vanuatu's National Disaster Management Office says a Blue Alert is now in effect for Tafea, and residents are advised to listen to radio outlets to get the latest information.

To the southwest, New Caledonia's government has issued a cyclone pre-alert for the entire territory, with Ula expected to enter its waters on Monday. 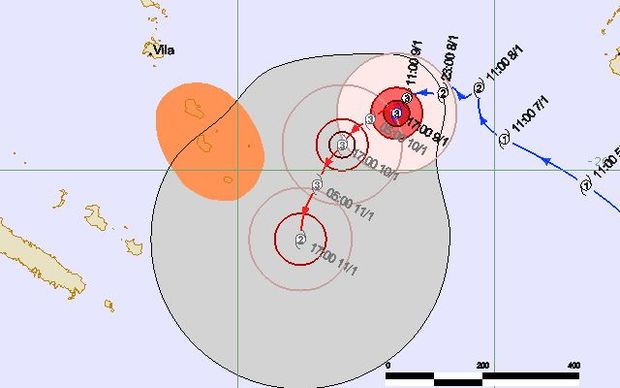 RNZ International will broadcast cyclone warnings to listeners in Vanuatu when they become available. http://www.radionz.co.nz/international/listen