Tropical cyclone Ula is passing near the northern island of Vava'u as the government has declared a state of emergency.

Cyclone Ula has been bringing heavy rain to northern Tonga as it is pushing westward and away from Vava'u.

A hurricane warning for Vava'u has been cancelled but Laitia Fifita of Tonga's Met Service on Tongatapu says seas will continue to be very rough.

"It is expected that the speed of movement of the tropical cyclone will speed up a little bit, so at around midday today it is expected to lie further west out of from the island of Vava'u and continue on a south southwest direction."

Liatia Fifita says the weather station in Vava'u has reported heavy rain and damage to vegetation.

Last night, the prime minister Akilisi Pohiva declared an emergency, saying it was in order to prevent or minimise the loss of human life, illness or injury, property loss or damage and damage to the environment.

The cyclone is expected to weaken when it reaches Fiji's Lau group by tomorrow.

Strong wind warnings extend for much of the South Pacific, including the Cook Islands, Niue and Tuvalu.

Oxfam New Zealand says it is ready to respond to Cyclone Ula, which is sweeping through northern Tonga.

Ula has already caused high winds and heavy rain around Tokelau, Kiribati, Tuvalu and both Samoas over the past week.

Although Cyclone Ula is expected to lose intensity as it heads away from Tonga towards Fiji's southern islands, Oxfam says it is ready to send emergency staff to Tonga to assess the situation on the ground, and identify the most urgent needs.

Mr Calderon says they have emergency supplies for Tonga ready in place, so once urgent needs are assessed the agency can help co-ordinate the supply of clean water and sanitation equipment.

Oxfam says it will liase with local partner the Tonga National Youth Congress for an appropriate and co-ordinated response.

The website providing weather updates for the Pacific has had technical issues.

Metconnect, which provides forecasts for most countries, has its link to the Samoa weather service blocked by what claims to be the Turkish cyber army. 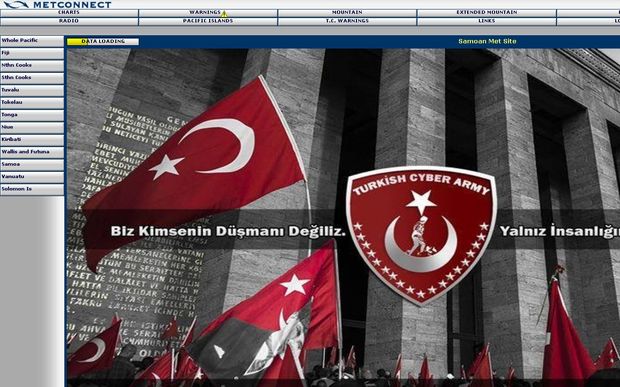