A Tuvalu journalist says the damaging winds on Funafuti yesterday were the strongest she has ever experienced.

Yvette D'Unienville is the editor of Radio Tuvalu News and says the winds blew the roof off the house next door, during a two-hour long gale early on Tuesday morning.

The Tuvalu Metservice is still forecasting wind gusts of up to 85 kilometres per hour as a disturbance moves away from the island group, but another one threatens from the west.

Yvette D'Unienville says many breadfruit trees, which are an important source of the staple diet, were uprooted.

"One big breadfruit tree at our neighbour's place has already been uprooted and then on the other side of the road there was another breadfruit tree that was also uprooted. Some houses on the capital were really damaged, you know rooftops were blown off and window louvres were broken because of aluminium sheets that were flying around."

Yvette D'Unienville says she is concerned for the outer islands and the lack of food, as boats are tied up at Funafuti and unable to transport supplies. 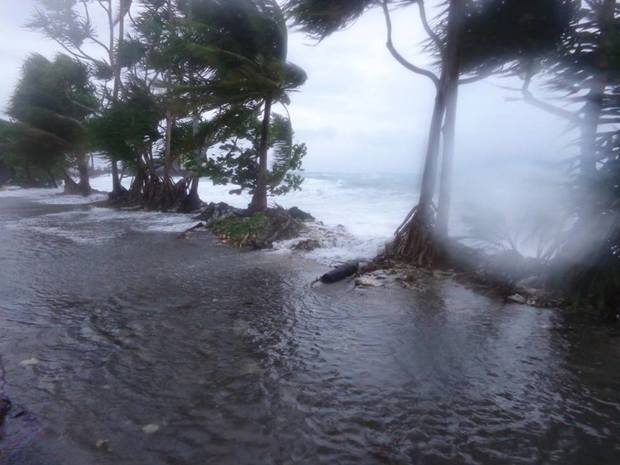