Officials say storm fronts building near the Marshall Islands in the western Pacific are being monitored closely by weather officials from Hawaii to Guam.

Forecasts indicate Majuro and other islands in the Marshalls could be hit with 40-to-50 knot winds later this week as the first storm moves on a westerly track that will take it south of Majuro heading toward neighbouring Federated States of Micronesia.

The deputy head of the National Weather Service Office in Majuro, Lee Jacklick, says there are several tropical thunder storms clustered together that have been developing since the weekend.

He says the storm front was to the east of Majuro and expected to begin producing high winds and rainfall by Thursday.

Mr Jaclick says another looming storm is farther east of the Marshall Islands and could be a threat next week if it continues developing.

He says the strong El Nino weather conditions in the region increase the likelihood that the storm now to the east of the Marshall Islands could turn into a tropical storm or a typhoon as it moves out of this western Pacific nation.

In November, Guam-based weather officials warned that the Marshalls was likely to see one or more serious storms through January because of the El Niño weather conditions. 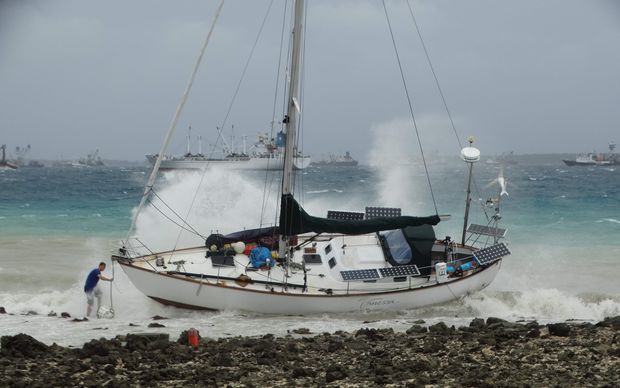