The deputy leader of PNG's opposition has urged Papua New Guineans to refrain from "being lured by politicians to trade their votes with money".

Sam Basil has described the money-for-votes practice as a bad culture which should be done away with, to vote in service-oriented leaders in the next election in 2017.

He said service delivery was a challenge for MPs who used money to fund their elections.

Mr Basil made the remark yesterday when speaking at a gathering in the Central provincial government headquarter in Konedobu, Port Moresby, to launch Goilala district projects at a tune of K6 million. 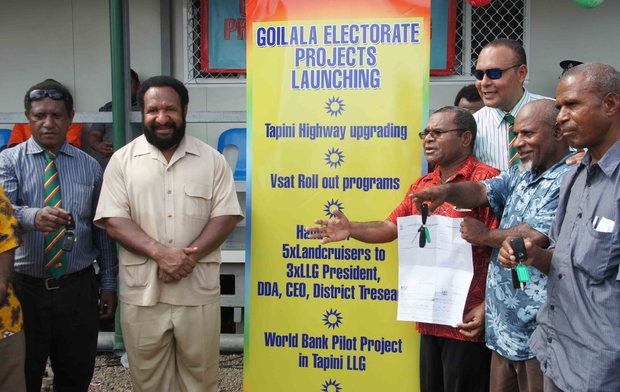 Mr Basil says the party spent less on Mr Samb's election campaign, which meant money could be used later to deliver the services that Pangu promised local people during the campaign.

The leader said that if Pangu had spent millions on Mr Samb's election victory, no tangible services would have been delivered.

Mr Basil said as was the culture, the party would have been on a crusade for an indefinite period to recoup all the election expenditures at the expense of service delivery.

Meanwhile, he lashed out at plans by the Peter O'Neill-led government to revert to the first-past-the-post electoral system from the current Limited Preferential Voting system in 2017.