An agreement has been signed in French Polynesia to go ahead with the huge Mahana Beach apartment and hotel project on Tahiti.

The resort complex in the Punaauia area is expected to cost 2.4 billion US dollars and be completed by 2022.

The deal has been reached between the territory's government and a Chinese consortium made up of Recas Global Limited, China Railway International and R&F Properties.

A final contract for a 70-year arrangement is scheduled to be signed by the end of June as some additional preliminary work needs to be completed. 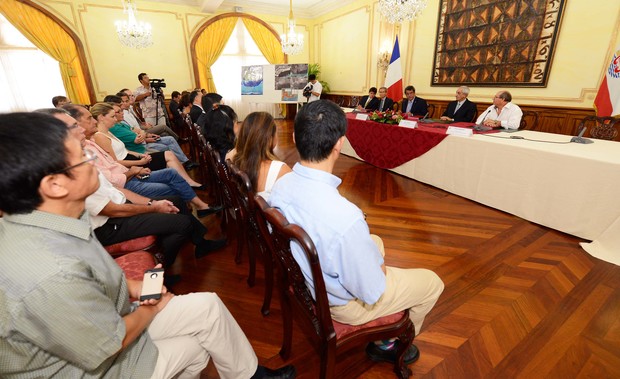 The plan is for the consortium to rely on local workers to build the resort complex and to hire 4,500 people to help run it.

Projections are that the Mahana Beach project will indirectly create 10,000 jobs.

The territory is yet to complete the expropriation process to control all the land needed for the resort.