The French overseas minister has announced the release of funds to help the victims of last weekend's floods in French Polynesia.

Torrential rain in the eastern part of Tahiti left a man dead in Papenoo and caused damage estimated to be more than 10 million US dollars.

About 60 homes were destroyed and another 100 badly damaged, making it necessary to evacuate hundreds of people. 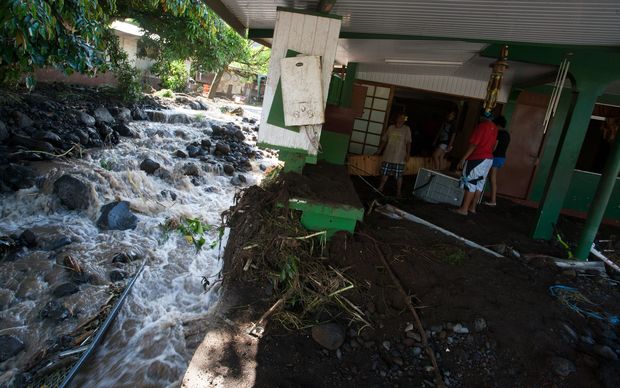 Residents inspect the damage caused by heavy rainfall and an overflow of the Ahonu river in Mahina, Tahiti, French Polynesia. Photo: AFP

The size of the French aid package is not known.

About 100 military and civilian personnel have been deployed to assist with the clean-up.