According to the Electoral Administration, 20,400 voters, or 46 percent, cast their votes.

A number of candidates and election observers report that they saw names on the master voting list of Marshallese who are deceased, meaning the number of registered voters may be inflated.

Postal absentee ballots affected only the parliamentary race on Ujae.

Fewer than half of the 4,600 postal absentee ballots that the Electoral Administration said were mailed out to voters living outside the country arrived in time to be counted. 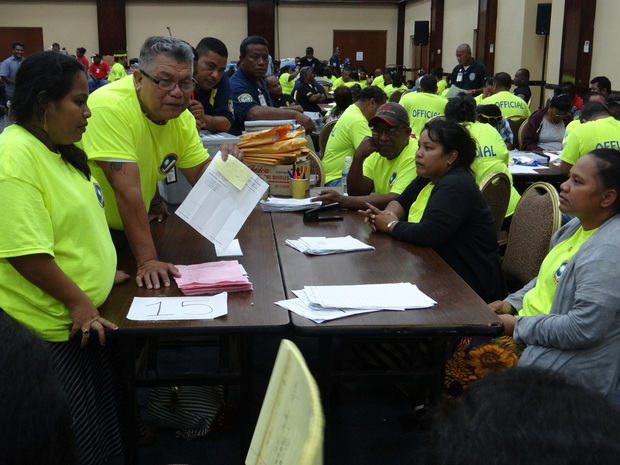 But Mr Riklon grabbed 40 of the 42 Ujae postal votes to win.

The postals did affect some mayor races, including the Bikini local government race.

While 4,671 postal ballots were mailed out to offshore Marshallese voters, only 2,006 made it back by the November 30 deadline, and about six percent of these - were rejected.

Ultimately 1,880 postal votes were tabulated, according to the Electoral Administration.