A Tongan fine arts graduate and a marine biologist in training are among five young leaders from New Zealand's Pacific community who were recognised at a ceremony at parliament on Tuesday.

The deep sound of the conch shell bellowed through the grand hall of New Zealand's parliament on Tuesday night as about 100 people gathered to recognise five of the Pacific community's brightest young leaders.

The winners of the fifth-annual Prime Minister's Pacific Youth Awards were whittled down from more than 150 entries, selected for their excellence in the fields of the arts, business, sport, leadership, and, for the first time, science.

The winner of the leadership category was 17-year-old Leorida Peters, an Aucklander of Samoan descent, who also wins a trip to New York to see the UN Security Council. 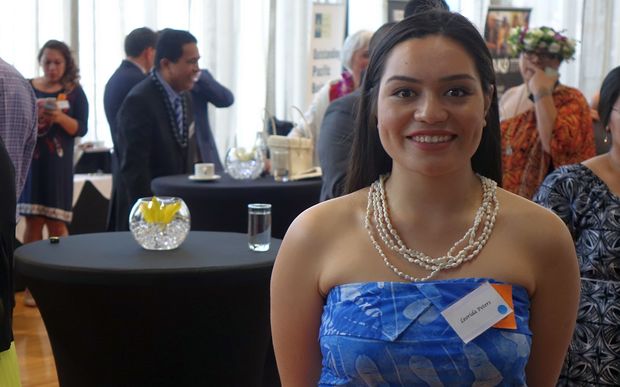 A member of various community and church groups, Ms Peters was recognised for her drive to inspire her community and to have their voice more widely heard on the international stage.

"[It's about] empowering our people to be able to know and engage global issues and to be aware of what's going on around us, not only in our own nation, but on a global stage" said Ms Peters, who is also the deputy head girl of Auckland Girls' Grammar School. "Most of the forums and the conferences that I do go to, the Pacific community is under-represented and that's why I really want to push more people into that area."

Leorida Peters said she was passionate about helping Pacific women and children, who she said often struggled to make themselves heard, something she had experienced herself: "With me being a Pacific woman I am a minority and I think that does put me at a bit of a disadvantage because, culturally, men are the decision makers or the chiefs of our Pacific Islands," she said.

"But, I think that women are very strong."

The winner of the arts and creativity award was Sione Faletau, an artist of Tongan descent who this year completed a Master's Degree at Auckland's prestigious Elam School of Fine Arts. 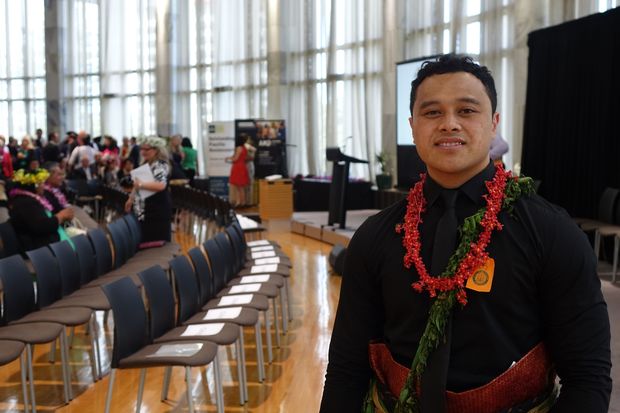 The winner of the arts and creativity award at the Pacific Youth Awards 2015, Sione Faletau, an artist of Tongan descent who has just completed a Masters at Auckland's prestigious Elam School of Fine Arts. Photo: RNZI / Jamie Tahana

The south Aucklander said that through his work, he tried to portray the complex tension he felt in balancing his Tongan identity with that of a young person in a western country.

This year, for the first time, saw the introduction of a science category in an attempt to encourage young people into a field the Ministry of Pacific Island Affairs says the community is under-represented in.

The winner was Antony Vavia, a Marine Biology student of Cook Islands and Fijian heritage from south Auckland. 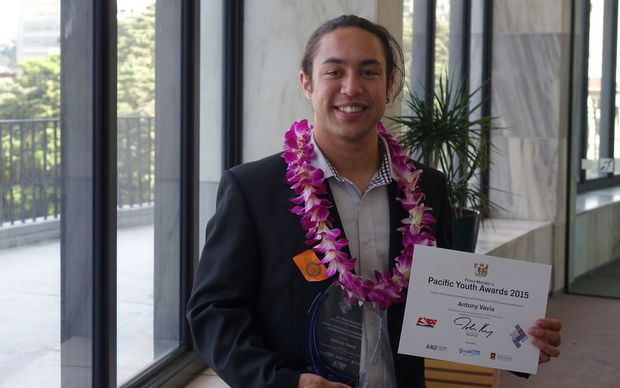 Mr Vavia said that not many Pasifika entered the science field, but with homelands affected by climate change and other issues, it was a field of great importance and opportunity for Pacific people.

"That's the thing, there's so much I could do; conservation, aquaculture and, you know, sort of promote the ocean's importance and with that information, use it to enhance our Pacific communities and give back."

The awards were started in 2010 as a way to highlight the talent pool of New Zealand's Pacific community, which makes up more than seven percent of the population.

The Minister for Pacific Peoples, Sam Lotu-Iiga, said the event continues to grow and showed how bright the future is for Pasifika youth.

Antony Vavia agreed: "I really hope that...no, I know that good things are going to come out of this," he said. 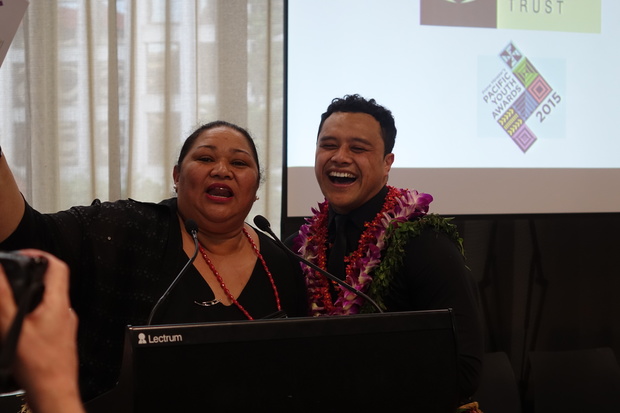