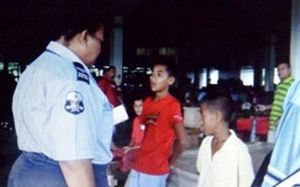 The Samoa Workers Congress says child street vendors in the country are on the increase, despite government measures to combat the issue.

A survey of over 100 children by the International Labour Organisation last year showed children selling or scavenging on the streets sometimes from early morning until midnight.

It is recommending Samoa amend its laws to help tackle this growing problem.

Members of Samoa's Child Labour Working Comittee and the Samoa Workers' Congress are backing the recommendations to amend legislation, particularly to the Labour Employment Relations Act.

Tili Afamasaga, who is the President of the SWC and Chairperson of the Child Labour Working Committee, says the current act protects workers' rights only within the formal sector, and doesn't include casual work like street vendoring.

Ms Afamasaga says the Congress wants to get a clause inserted into the Act, which will prohibit children aged 16 and under from working on the streets.

She says the problem has become worse despite government measures to tackle the problem.

"So the issue here of course is much bigger. It's a very serious economic issue. But unfortunately it's still a big debate here and the powers that be are not acknowledging that that exists in this country."

She says increasing poverty is causing some parents to turn to desperate measures and the increase of child street vendors is a signal of a worrying economic situation in Samoa.

"The worrying thing for us is that it's increasing. And we see it, it's becoming more and more obvious. In spite of the legislation. Particularly the Compulsory Education Act."

Samoa's Compulsory Education Act regulates the employment of school aged children and prohibits them from engaging in street trading or any other kind of work during school hours.

But both the ILO and the SWC say that's not enough to tackle the problem.

The Ombudsman's office says enforcement of the Education Act has so far been weak.