Two foreign journalists have been assaulted by Indonesian police while covering a rally by Papuan students in the capital, Jakarta.

The Jakarta Globe reports that he was beaten by an officer when he didn't comply. 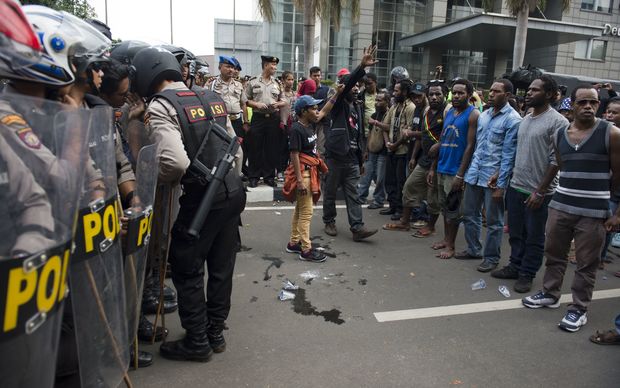 The chief of the Indonesian Alliance of Independent Journalists, Surwarjono, has urged national police to investigate, saying it's clear that officers violated the law.