A flag raising event in support of the West Papuan symbol, the Morning Star, has been held on the steps of New Zealand's parliament.

It's one of a number of annual West Papua Flag Day ceremonies in New Zealand, in Indonesia's Papua region and elsewhere abroad.

The Morning Star flag was first raised on December the 1st 1961 but was later banned by Jakarta after it assumed control of the former Dutch territory.

The Wellington event, organised in conjunction with the Peace Movement Aotearoa, was attended by half a dozen MPs.

A Hawaiian university student who attended the event, Emalani Case, says as a Pacific Islander, she is obligated to help fellow Pacific people who cannot necessarily stand for themselves.

"We were colonised and we have gone through a lot and we are still fighting for our sovereignty, but we can raise our flag and we can fight openly. And I look at the people there who are suffering all these injustices, who are abused, killed and imprisoned. You can be imprisoned for 15 years for just raising your flag whereas I can wear one if I want to. I look at that as just a gross injustice." 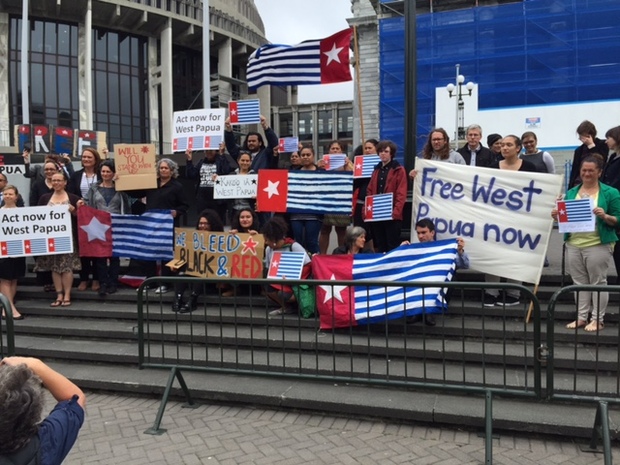