Landowning tribes in Solomon Islands say they will reopen the Gold Ridge gold mine in 2016, two years after flash flooding forced its closure.

This comes as the mine's former Australian owner, St Barbara recently handed over a new water treatment facility to allow the release of treated water from the mine's overfull tailings dam. 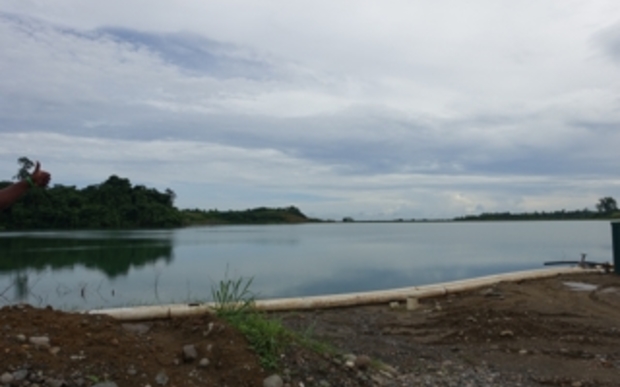 The over-full tailings dam facility at the Gold Ridge Gold Mine on Guadalcanal in Solomon Islands. January 2015. At the time this was captured the water level was one metre from the brink with 3 months to go in the wet season. Photo: copyright Dr Matthew Allen - Australian National University

The chairperson of Gold Ridge Community Investments Limited, Walton Naezon, says water treatment will begin immediately with the aim of reducing levels in the dam by a metre over the next three months.

Mr Naezon says the company is in talks with Australian based Chinese company AXF Group to take on the mine's operation in 2016.

"Once we have got the heads of agreement signed the partner will actually control the mine with us. And the works should start straightaway next month and the actual exploration and other activities will take quickly in the first quarter of next year."